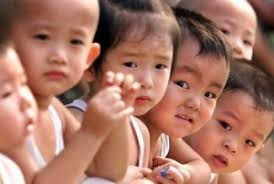 I recently attended an all-day seminar on "Preparing for 2012."  We were bombarded with various theories like The Time-Wave Theory, the Hopi Indian Theory of the Entrance into the Age of Illumination, the Edgar Cayce Theory of Entrance into the Fourth Dimension, the Ascension Theory into the Fifth Dimension, Reunion of the Self at "Zero Point", the Grand Experiment of highly evolved insect beings, the creation of a New Grid of energy and consciousness, and so on and so forth.  We were presented with a 5-foot long map of the world showing significant portions of each continent newly submerged under water, as well as another global map showing honeycomb-shaped matrices purporting to be energy vortices.  Blah, blah, blah.

What did I learn?  Well, I learned that I currently reside in a vital energy "hub" located in the NYC tristate area, most of which will be under water in a couple of years.  I also learned my current residential property stands a good chance of becoming prime seaside property by 2012.  Only certain individuals will survive the 2012 catastrophe, including the Indigo Children, Blue Ray Children and perhaps those with Rose-Violet Rays.  I said to myself, I will obviously not be surviving this event because no one has identified my "ray" composition and besides, the Blue Rays have dilated pupils and like the color mauve.  I detest the color mauve.  Then I suddenly realized I was wearing a mauve-colored shirt.  But was that going to be enough to save me?

After feeling exceptionally irritated at the whole presentation, probably due to its lack of logical coherence and my hidden anxiety around the subject, I found myself talking to another woman who had also attended the event.  I had noticed her during the seminar.  She had long hair which she had dyed into all the different shades of the rainbow, twisted into tiny, long braids with multi-colored ribbons, an enormous hat, rather like the Cat in the Hat, with appliqued daisies, and wore a long, Joseph-like multi-colored robe.  She had penetrating eyes and began asking me a series of direct questions about my feelings about 2012.  She asked me what no one has ever asked me, namely, if I didn't believe in all these 2012 theories, what exactly did I believe is in store for us?  Suddenly, without warning, my eyes teared up and I began to cry.  I realized I was crying about what I called the "inevitablility" of our future on earth.

"So what do you think we should be doing?" she asked.  "Did you agree with what the presenter said?"

No, I didn't.  I only agreed that we are moving toward what the presenter called a "Single Language," a form of telepathic communication.  However, for me, the 2012 "catastrophe" - while it may be precipitated by an enormous solar flare which knocks out all our satellites and electronics, or the sudden "flip" of the earth's magnetic field, or a cataclysmic wobble of the earth's axis, or Mother Nature's revenge in the form of rearranging the continents through plate tectonics - the important message is not natural destruction.  It is our own seemingly indestructable human nature; our insatiable greed, desire for more, lust to be at the top of the latest trend, and inability to control ourselves even when we see how toxic our species has become.  We are all guilty.

We like those hideous parasites that thrive off the host until they kill it.  Then they die.  Our host is the planet earth.  When I was born, there were 3 billion people on earth.  Today, I live with 6 billion.  By 2050, we will be 9 billion.  We are unsustainable.  We have raped and pillaged the earth and robbed our children of their future.  The Chinese might have alot of things wrong, but they sure had one thing right when they adopted the one-child law in 1979. However, as of this month, Beijing is considering rescinding the law to replace it with a two-child law because the country's 1.3 billion population is supposedly becoming "dangerously unbalanced" because of the increasing number of elderly, nonworking people. The human solution - accelerate the human population explosion!  If THAT isn't "dangerously unbalanced" then I don't know what is!  The die-hard Born Again Christians and Catholics who seem to feel the Bible dictates unlimited baby-making are just as much to blame as the science of IVF which sets up the genetic recipe for multiple births.  Is no one listening???  How obvious does this need to be?

We no longer have any leaders.  There is no one "in charge" of any country any more.  There is no committee in charge of the earth.  We are all narcissistic capitalists with short-term vision.  The only change, if it is to come at all in time to prevent a global catastrophe and the end of our species, must come from within ourselves.  The key - listen carefully - is to learn to treasure that which is "old."  But are we evolved enough to make this difficult choice?
Posted by Nancy du Tertre at 11:37 AM 3 comments: