The Death of Private Thoughts 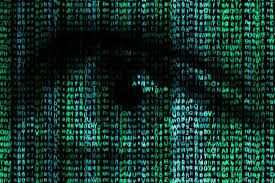 Once upon a time, when I was a little girl, we lived in a world where we could hide things - both truth and lies.  The "inside" of our mind was our secret garden.  Our thoughts could be kept alive there like a secret zoo where unicorns and centaurs roamed freely with zebras, horses and rattlesnakes.  You could separate your thoughts from your deeds, and your words from your emotions. Your outer protective layer, your skin, was like a territorial boundary.  No one was allowed entrance into this private world without all the proper papers and pedigrees.  Good and bad thoughts, reactions, emotions, feelings, attitudes, fantasies, perspectives, strategies, insults, compliments, calculations and deviations, could all be kept silent and under wraps.  A private domain. Under private ownership. This was my world growing up.

I have been able to watch the slow death of human privacy over the decades.  It is like watching someone die slowly by being smothered.  Slowly the struggle to breathe life-giving air gives way to surrender, the eyes roll back, and the entity relaxes into the new reality without air or breath.  Is there life after death?  Or do we cease to exist?  Can we live happily ever after if our lives are now an open book for everyone to read,?  Can we exist as individuals when our thoughts have become nothing more than "products" to be sold on the open market?  Human consciousness fetches a high price and can be translated almost immediately into cash. We are all becoming slaves to each other.

Privacy, in my opinion, ranks up there with the basic human rights outlined in the Declaration of Independence along with life, liberty and happiness.  And yet, our passion for absolute democracy - well, let's call it equal opportunity to rape and pillage in the name of freedom - and our militaristic drive for supremacy over the thoughts of everyone else, has led us to this point of no return.  Ultimately, of course, we are headed toward a world where we will all be controlled - our thoughts, feelings and ambitions - by hidden technologies.  We will be, in effect, genetically modified without genes.  We are headed toward marching in lockstep and thinking in unified hive mentality.  The human race is not far from becoming a single entity - one massive uni-dimensional slave - controlled by???  We won't know because we won't be privy to that information.

This is no longer science fiction.

We made the critical mistake of believing that we could become "interconnected" through technology (television, radio, telephones, computers, internet, smart phones, apps, AI, robots, smart homes, etc.) without having to sacrifice anything at all.  We thought if we paid our monthly fees that was the end of it.  Obviously, the price of being "interconnected" is that we have become the living entities that feed the system.

Reid Hoffman, co-founder of LinkedIn, wrote an enlightening book ("Blitzscaling" (2018)) about how successful modern corporations are purposely designed to seduce, entice and feed off of personal profiles and private thoughts.  He doesn't say it that way because he is a predator of human privacy, not a victim.

The obvious technologies involved are companies like Facebook, LinkedIn, Instagram, WhatsApp, Twitter and so on, that sift through vast amounts of personal data and then tailor their advertising and promotions to each person.  This is a very personal rape.  But there are also many other movements that are looming on our horizon that also threaten to dissolve our mental territories.

We are all familiar with cyber-hacking and data collection designed by every government on earth.  Recall:

This type of digging into cyber records containing our personal data has been weaponized.  It is a military incursion into cyber "territory" of another entity.

But even our own government has "weaponized" private data to be used - ostensibly - for our own good!  Really?  Why does my government need to know who we call and what we say on the telephone or our computers?  We are told this is for our national security.  No one can forget when, in 2013, Edward Snowdon leaked valuable information about the US National Security Agency and their metadata collection program on the American public.  Kind of strange twist - hacking to prevent hacking.

Slowly, our technologies are all - thanks to our clever and amoral scientists - leading us down the road to the total loss of our privacy in the future.  This is more direct than cyber hacking.  It is literally hacking your brain!  We now have the ability to hack into your dreams - and your dreams can be displayed visually on a computer monitor!  We can cause you to have a false memory of an event simply by recreating a specific memory pathway in your brain's neurons.  Of course, memories can also be erased.  Behavior can be modified.  This is all a form of hacking into your personal privacy in the name of glorious scientific achievements.

More recently, there are ominous political movements that are developing - notably in China and the early signs in the United States - which create cyber "credit systems" for every citizen.  Good behavior (like praising the government or not driving too fast or jay-walking) result in automatic higher "credit" ratings and discounts on purchases like real estate, groceries or cars, the ability to travel by being granted a passport or leave one's home.  It is very ominous indeed.

We are living in the early days of an evil trend.  Just as very few people actually foresaw the ultimate evil destination of Hitler's Nazi Germany because it was accomplished in slow, manageable and non-threatening stages- so very few people saw it coming.  It started out innocently enough by requiring all Jews to register, then to wear arm bands with Jewish stars on them, then requiring them to relocate to Jewish neighborhoods, then shipping them off to "labor" camps, and ultimately to their extinction.  Notice - the entire process started with the seemingly innocent requirement of registration of their personal information.  Do you start to see a similarity to cyber registration?

Let me give you another example of the new movement toward political intrusion of our private thoughts.  Just a few days ago, after the second mass shooting in Texas this summer.  The Washington Post reported that the Trump administration is considering a proposal that would use Google, Amazon and Apple to collect data on all users who exhibit characteristics of mental illness that could lead to violent behavior.  This, of course, is intended to preserve gun rights and appease gun rights advocates, while trying to find a means to stop insane people from purchasing guns and killing people - to appease gun control advocates.  Sounds like a reasonable compromise, right?  Think twice.  According to the article, HARPA would be in charge of developing "breakthrough technologies with high specificity and sensitivity for early diagnosis of neuropsychiatric violence."  Individuals thus identified would be presumably arrested and "dealt with" appropriately (imprisoned?  drugged involuntarily?) having had their privacy rights extinguished in order to identify them.

When you realize that the psychiatrists' "bible" - The Diagnostic and Statistical Manual of Mental Disorders" - today the DSM-5 - was originally developed by our military to identify certain psychiatric issues - it gives great pause for thought.  Psychiatric "disorders" are redefined and reevaluated with every new addition.  Most recently, people who are "creative" were tossed into a new "disorder" type.  Does that frighten you?  It should.

Once you hand over the keys to the palace - the palace of personal privacy - you are no longer in control of your life.  There is a barbarian in your mind.

Posted by Nancy du Tertre at 1:34 PM No comments: