Is Invisibility Possible for Humans? 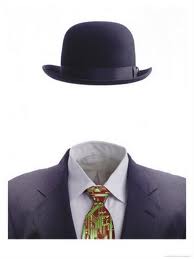 In the paranormal world, the impossible is often possible.  We just need explanations for the underlying mechanisms.  In college, I had a good friend who claimed that his mother snapped a photo of him when he was only about seven years old while kneeling on the sofa.  When the photo was developed, it revealed only two indents in the sofa pillow where his knees would have been.  He was entirely invisible!  I concluded there had to be something wrong with the story. However, years later, while exploring the world of psychics and the paranormal, I was privvy to a number of photographs of people - very often psychic mediums - which showed them in partial states of invisibility.  I recall a series of photos of a woman dancing with a man.  She was fully visible in the first photo but progressively the photos showed her arms simply becoming invisible!  Other photos showed people in various states of transparency or with limbs disappearing.  Suddenly, it occurred to me that this was not an isolated phenomenon.

What if we could really make ourselves invisible?  How would that work? 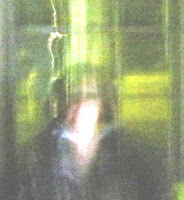 It never dawned on me that I too might have that capability - but I learned I too have shown up as partially invisible in photographs!  One such photo is posted on my website.  My head is partially transparent.  You can see the panes of the window behind me running through the area where my head ought to have been.  There is also - if you look carefully - the image of a woman's head and shoulders seemingly attached to the righthand base of my neck!  On that evening, I was operating in my capacity as a spiritual medium in a haunted location.  Is this result of the medium elevating their body's light vibration beyond the normal optical range?  Or is it the result of a certain shielding acquired by some strange condition in the environment?  I don't have the answer.

Shamans talk about shapeshifting.  This is really another way of saying that you can become invisible by altering the fundamental nature of your spirit.  John Perkins describes such events in his book "Shapeshifting" where he was unable to recognize one of his South American colleagues who literally disappeared when he camouflaged his naked body as a bush near a park bench.  The way Perkins describes it, the man was literally invisible.

Then it occurred to me. I had learned how to be invisible a long time ago while I was still an attorney practicing securities litigation in New York.  The law firm had only four attorneys - two senior partners, one of-counsel attorney, and one associate (me!).  It was a cold, highly intellectual environment.  My only real friend and confidante was the of-counsel attorney, Harold.  I generally felt very inadequate and unappreciated.  The attorneys generally kept their doors shut all day as they worked.  It was the firm's unwelcoming culture.  I would occasionally wander into Harold's office across the hall and we would discuss legal theories.  I didn't really talk to anyone else.  I worked at the firm every day for seven years.

About 15 years later, I needed to find an attorney for a friend.  I decided to reach out to my old friend Harold.  He was now a solo practitioner in New York since the old firm had dissolved.  I called him up and it was as if we had just spoken yesterday.  Same voice, same friendly banter - until Harold interrupted me and politely asked me who I was because he couldn't remember me at all!  I quickly explained I had worked there for seven years as an associate.  He remained confused.  Harold named every associate and intern who had ever worked there - both prior to my employment and afterward -but still couldn't remember ever meeting me!  I found this preposterous.  I identified dates, locations, cases, and even my physical description - I even emailed him a photo of me -  but he still couldn't recall who I was.  Apparently, I had been invisible at this law firm!  Invisible - literally!  What a concept!

Perhaps I shapeshifted unwittingly, like a chameleon, one of my first and only pets as a child.  Perhaps I altered my actual visual appearance because I did not truly want to be there.  In fact, it occurred to me afterwards, that ever since I was a child - for some unknown reason - it was not uncommon for my friends to not recognize me while passing me in the school hallway!  Indeed, once my own father once failed to recognize me when I was 26 years old.  I ran into him unexpectedly at a medical convention in New York.  I bounded up to him and greeted him warmly, to which he responded, "You will have to excuse me, Miss, but who are you?"  Neither my physical appearance nor my voice had changed since our last meeting.  I was faced with the strange task of advising him that I was his (only) daughter.   Another form of invisibility or shape shifting.

Today, scientists are just beginning to understand the technology of making objects invisible by bending the rays of light so they travel around the periphery of small objects instead of landing on the direct surface.  But I have witnessed, with my own eyes, a UFO the size of a football field that instantly became "invisible" in the sky (it did not fly away at a high speed - it simply disappeared in the blink of an eye!).  Clearly, someone has already mastered this technology and they are giving it practical applications.  It's time we put some more effort into understanding invisibility.  It's not magic...
Posted by Nancy du Tertre at 5:30 AM 4 comments: 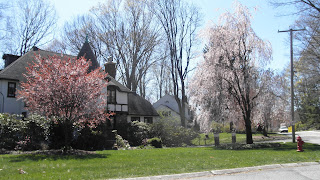 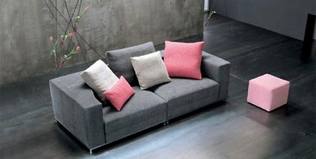 Now that it is springtime, most of us are enjoying the early flowering trees and bushes - in particular, the cherry and plum trees, dogwoods and magnolias, at least in the Northeast part of the U.S.  If I mention "cherry trees" most of you will smile sweetly with love.

I, the other hand, have grown to hate them!

The problem is that no one plants "real" shade trees anymore.  We plant these cute little ornamental flowering trees.  They are cheap, small and plentiful.  They look good and don't take up too much space in a property.  But they are really just glorified bushes.  They are not trees and our planet desparately needs to replace its trees which provide shade and oxygen in an increasingly warm and toxic planet.  The latest trend in industrial parks, parking lots, municipal streets, store properties and residential properties is to plant one or two ornamental trees.  This is, in my opinion, a huge mistake and, I predict, most urban and suburban areas will soon only have these tiny ornamental flowering trees and all the other larger trees will disappear.  Our urban and suburban areas will begin to bake in our growing planetary heat.  We will have less oxygen to breathe without our giant shade trees like the oak, beech, maple, elm, chestnut, and so on.  Ornamental trees are virtually the ONLY trees being planted these days.  They are the tree of choice for homeowners, shopping mall parking lots, industrial parks, gas stations, small shops, and tree-lined streets. Everywhere you look the large trees are being cut down and if they are replaced at all, they are replaced by these little flowering trees.  Why?  They are pretty for two weeks in the spring, and, unlike those other pesky big shade trees, ornamental fruit trees are small and don't block the view of the magnificent home or shopping mall store signs we wish to show off.  They do not block the view of the corporate building or stores.  Trees are annoying because they interfere with our ability to make more money!  That's the bottom line. 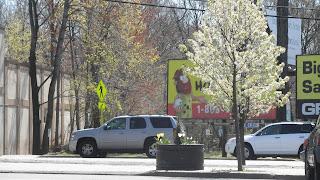