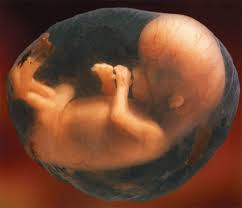 I believe if you balance your life correctly you will be both teacher and student, and these will occur in regular cycles.  For several years I have taught psychic development and mediumship in the New York tri-state area, but have not had the opportunity to practice these skills as a student.  I began to feel out of balance.

So I attended an all-day seminar on mediumship given at a local Spiritualist Church in New Jersey led by an exceptionally skilled American medium.  I liked his style, his presentation, his openness and willingness to discuss the human aspects of mediumship, namely, self-doubt and destructive self-criticism for failure to deliver accurate information.  We all suffer when mediums stand up and make grandiose proclamations about their perfect accuracy rates, and then intimidated by our secret self-doubts about our abilities.

I was (to my great relief) not called upon to go to the stage and deliver a message from Spirit to the entire group of about 30 professional mediums.  I felt rusty and out-of-practice for doing "platform mediumship" although I have been teaching it to my own students for many years.  Platform mediumship is a special kind of mediumship.  It is a kind of a stage performance with certain strict protocols.  First, you contact Spirit.  Then you begin to identify the Spirit by gender, age, familial relationship, cause of death, physical description, and then, finally, several bits of very, very specific information that act as "evidence" of a particular Spirit.  You ask if anyone in the audience can "understand this."  Usually, a few people will raise their hands.  You keep delivering more information until you have narrowed down your possible recipients to a single person.  Then you give this person a message from their Spirit.  It is a frightening process since it is so public.  The likelihood of delivering bad or false information in such a public forum is ever-present.  I was glad I was not called on to be the platform medium.  I was happy to sit in the back row and keep my impressions quietly to myself.

At one point, we did an exercise where three students stood on the stage and one by one performed platform mediumship for a woman sitting in the audience.  They established that the Spirit they were contacting was this woman's deceased grandmother - height, hair color, wore flowered dresses, psychic ability, bad ankles, good relationship, etc.  As they were talking, I seemed to tune into the spirit of this woman's grandmother.  She showed me a full-color mental image that was clear, well-defined and totally unexpected.  She showed me a rather large fetus lying inside the uterus.  I was immediately disturbed when I was this baby was not moving and lying very flat.  It was clear the baby was dead.

When the three mediums finished their work, we all applauded and they left the stage.  Our teacher wrapped up the workshop and people began to go home.  I was left with a familiar feeling - a sense that Spirit was almost pushing my back and forcing me to go to this woman and deliver some message.  This time I ignored my fear.  I approached her and timidly asked her if I could ask her a very personal question about herself which related to her grandmother.  She agreed without hesitation.  I told her she didn't have to answer.

She responded, carefully, "Actually yes.  I haven't thought about it in a very long time.  It was a miscarriage."

She said, "The baby was very far along and I was nearing the end of my pregnancy."

"That explains why the fetus I saw was so well-developed and looked like a baby."

"Another way this relates to my grandmother," she added, "is that she died on the same day my baby was delivered."

As usual when this works correctly, I was more stunned than she was.

I delivered my message, "Well, she wants you to know she has the baby with her."

I didn't need to say anything more.  Mission accomplished.  Message delivered.  The woman gave me an enormous hug and thanked me for delivering this very important message from her grandmother.  I was ecstatic.  Spirit delivered a double gift - one for her and one for me.  Spirit confirmed that I am indeed a medium despite all my doubts!!! 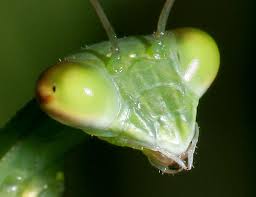 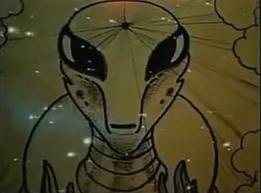 I have a CBS radio show called "Hot Leads Cold Cases" that airs every Friday from 8-9 PM ET.  I have been hosting this show for several years.  The purpose of the show is to investigate mysteries and the style of the people who investigate mysteries.  Topics have ranged from issues in the paranormal, ufology, science, medicine, law enforcement, archeology, and so on.  Recently, my focus seems to have been drawn, inadvertently or not, to issues of alien abduction.  Alien abduction, as I have begun to learn, is like the little pesky stepchild of ufology.  Because it involves a wide variety of issues that involve dreams, hypnosis, psychology, and subjective impressions (as opposed to spacecraft photos, terrain samples, radar videos, etc.), many ufologists have attempted to distance themselves from the abduction investigators.

However, among those ufologists who are interested in alien contact and not just objective evidence of alien spacecraft, there has been a split.  There are those who refer to contact with aliens as "abductions" and those who refer to such events, more benevolently, as mere "contact" or "experience."  Having spoken with a number of "abductees" who remain terrified by their bizarre and inexplicable experiences, I have a hard time imagining that all contact with aliens is pleasant.  I have heard reports of excruciating pain, humiliation, neglect, resultant permanent scarring, disease, weird implants, mental reorientation, and even death.  So I am not sure all such alien intentions are pure.  I am also friendly with a growing group of grassroots ufologists who are eager for, and actively seek out, alien contact.  They operate on the assumption that alien intentions are benevolent - not malicious as the abductionists would have you believe!  Is it possible they are both correct?

Skipping over, for a moment, all the problems of sorting out the difference between subjective terror and the ability of aliens to erase or falsify our memories at will, it seems to me the only way to understand these discrepancies of alien intentions is to fit them into a familiar human model of interaction.  Imagine you are a dog.  If you live in America, chances are you will be a spoiled pet in someone's home eating better than half the humans on earth.  If you live in China, there is a good chance you may end up as someone's dinner.  So, this would be very confusing if you were a dog.  Should you beware of humans or not?  Are humans good or evil?  Same goes for aliens.  To me, this explanation is more satisfying, and a bit more sophisticated, than the idea that there are different species of aliens, some good, some evil.  I believe there can be many different motivations within the same species.

It has taken a lot of my own personal mind stretching to even entertain the idea of different alien species.  While I was minimally able to appreciate the 3-4' tall traditional "grays" (such as those made famous by Hollywood), I figured that "reptilians" and "insectoid" aliens were just the products of juvenile overactive sci-fi minds.  Having read and spoken with a number of abductees who swear by these recollections, I am now more confused.  And it is getting worse.  Given the ability of aliens to apparently create deliberate amnesia, partial recollection or false memories of traumatic encounters with aliens, ANYTHING is now possible.  So where do you draw the line?

Someone asked me recently, "Do you think you have ever been abducted?"  "Absolutely not!" I almost snorted with contempt.  I have no such memories.  But I have had many other experiences which quality as "contact."  (As I write this, two helicopters have flown by and I don't live in an area where that is common - should I interpret that as a "sign" or mere "coincidence"?)  And so, at what point should one assume that "contact" may have been based on some initial abduction that one does not remember?  Am I even qualified to make that judgment?  Are any of us qualified?

I was reminded just two nights ago that when I was five years ago and living in Cambridge, MA, I found a praying mantis in my backyard and decided to make it my "pet."  My entire family was allergic to animals with fur so we were not allowed to have pets growing up.  She was a beautiful insect - with a highly intelligent face, penetrating eyes that could swivel on her triangular head.  I have since learned that these insects have two enormous compound eyes and three simple eyes and they are the only insect that can move its head 180 degrees for an amazing view.  They are capable of seeing up to 60 feet away!  Their front legs are lifted off the ground and folded together in a "prayer" position.  So they have a weird quasi-spiritual aspect to them.  Despite this gentle demeanor, they are fearsome predators.  The females are famous for eating their sexual partners after having sex.  I put my praying mantis, who sat on a small weed stalk, under a jar.  I fed her crickets from the nearby window well.  However, after a day or two, I realized she was going to die without oxygen under the jar, so I reluctantly removed it.  To my surprise, she stayed there for about a week.  Every day I would find cricket legs in a pile of leftover food debris under her stalk.  To this day, I love praying mantis'.  In retrospect, could she have been a "screen memory" of a praying mantis alien?  That patently ridiculous possibility is as good as anything else.  That's my problem!
Posted by Nancy du Tertre at 8:01 AM 10 comments: