Ghost in the Computer 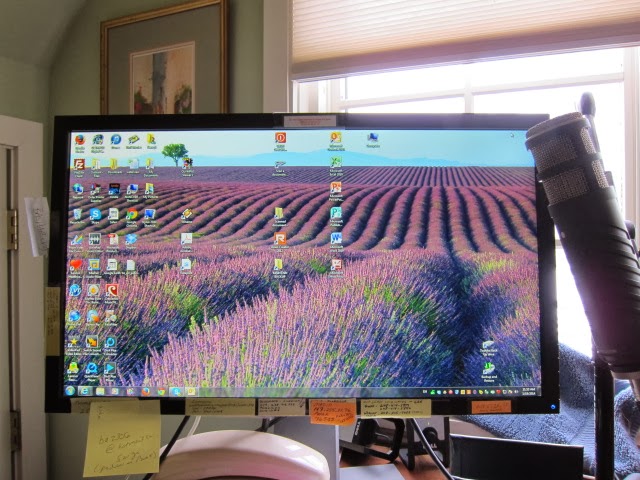 There is a relationship between human electricity and electronic machines.  I have always known that when I am in certain emotional states, my electronics seem to suffer.  Things like computers, cell phones, and other devices sometimes get funky and its seems to correlate with my state of anxiety, tension or other emotional upheaval.  I have various friends and colleagues who seem to have a very profound effect upon electronics.

I have a close friend who was once in my home and in a very intense emotional state.  As she was speaking, the row of lights in my bathroom exploded into a burst of light like a strobe light!  We both noticed it.  She says it happens all the time.

I have recently begun to notice that lights begin flickering wherever I am.  Naturally, being skeptical, for a long time I attributed this to funky electrical wiring or old light bulbs.  However, being psychic, I also monitored the relationship between whatever I was thinking or talking about at the time with the occurrence of the light flickering.  I began to realize there was a clear relationship between the two.  My hallways lights would flicker when discussing spirits with my housekeeper.  My bedroom lights would flicker when thinking about spirits and spirit communication.  And no, the lights don't just flicker at "synchronistic" moments just in my own house.  They flicker now in other people's homes, hotels, restaurants, office buildings - anywhere I happen to be.  It didn't used to be like that.

It occurred to me that when I drive underneath street lamps on the highway, they often turn on or off.  I always attributed that little fact to mere coincidence and the fact that street lamps are likely timed to turn on and off to save electricity.  I decided to run a series of little tests with myself to see if I could get the street lights to change - on command.  I discovered I could often (but not always) do this on command.  Further, I checked around on the internet and discovered I was not alone.  Some people have attributed this peculiar effect to UFOs and alien influence.  I also learned online that street lamps do not turn off unless they are defective, which is rare.  My friend has had the effect of turning every single street lamp off on a straight-away avenue.  So, what is it?

Clearly, as electrical beings, we influence the electrical flow around us - some more than others.  But is it enhanced by clairvoyance, telepathy, spirit communication or ET contact? 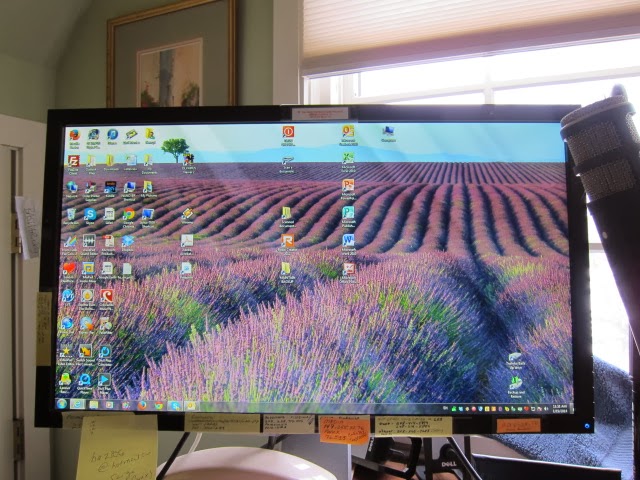 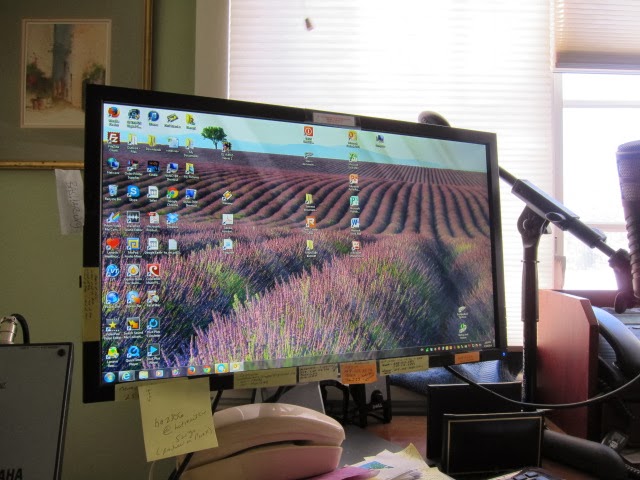 A couple of years ago, I installed a standard desktop 5-photo screensaver slideshow on my computer.  The background photo changes roughly every five minutes or so.  Then something peculiar happened a week ago.  I was doing a mediumship reading for a client whose husband had passed away.  I had his photo displayed on the computer.  As I closed it, I saw that my screensaver photo - the fields of lavender featured at the top of this page - was strangely covered with what appeared to be beams of light. (See photos).  I had never seen that before.  I tried closing the blinds to the window to block out all natural light behind the computer - but the beams of light remained and appeared to be embedded in the photo.

I found the timing of spirit communication and weird beams of light on my computer to be synchronous.  I wondered if the spirit (or whatever was controlling this phenomenon) could make this happen to one of the other screensaver photos.  Nothing happened for z few days.  And then.... another photo (see below) began to exhibit the same bizarre light beams in the screensaver photo. 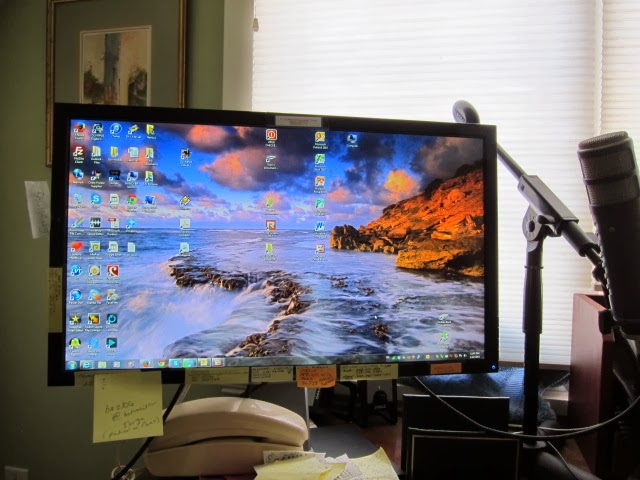 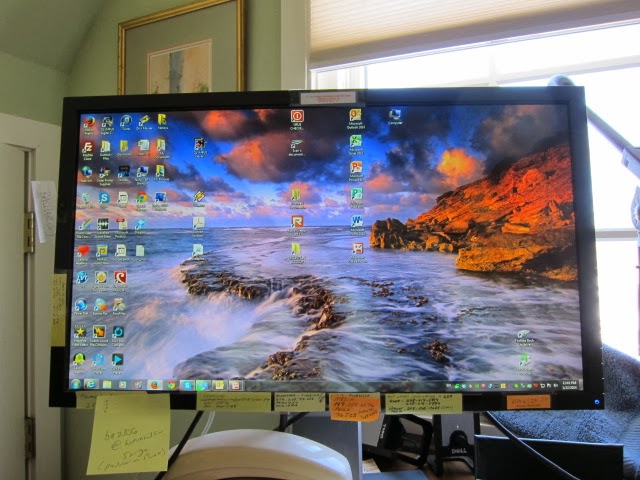 What the heck? And as soon as I would flip to another screen and back again to the screensaver screen, the photo would always return to "normal" - no light beams.  This is clearly not a problem with my monitor since no other photos or screens are affected.  Nor is it some kind of programmed photo-change since this only affects two of the five screensaver photos and never permanently.  They always revert to the version of the photo without light beams.

I do not claim to have the answer for this phenomenon.  But my suspicion is that it bears a relationship to spirit communication - translated through electronic waves of light.  If there are any computer experts out there, I'd love to hear from you too!