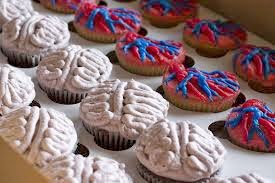 Just this morning, an Army specialist, under psychiatric care for post traumatic stress syndrome (PTSD) and anxiety, inexplicably decided to open fire and killed four people, including himself, and injured sixteen others at the military base at Fort Hood in Texas.  In 2009, a former Army major and psychiatrist also opened fire in Fort Hood killing thirteen people and injuring 30.  It was the worst mass murder on any American military base in history.

This time, newscasters scramble to answer the questions of "Why" or "How can we prevent this in the future by better diagnosing the mental health of potential killers?"

If you want to learn about mental health, then study the military.  Our modern classification system for mental health disorders has much of its early history rooted in trying to diagnose our military men and women.  In 1952, after a major shift in psychiatric focus to large-scale Army and Navy focus on diagnosing and treating various psychiatric disorders among military men after World War II, the American Psychiatric Association (APA) published its first manual of standard classification of mental disorders.  It was called The Diagnostic and Statistical Manual of Mental Disorders (DSM) and since that time has been updated periodically every 15-20 years to incorporate new developments in mental health concepts.  For example, in the 1974 version finally got rid of its classification of homosexuality as a mental disorder.  By 1994, the Clinton Administration initiated the "Don't Ask Don't Tell" policy regarding the admission of gays and lesbians into the military.

Last year, the APA published its fifth edition - the DSM-V.  The new edition changed several codifications and requirements including removing the A2 criterion for PTSD  because its requirement for specific emotional reactions to trauma did not apply to combat veterans and first responders with PTSD.  Maybe this will help us label the most recent Fort Hood killer, an Iraq War veteran, as having suffered from PTSD - in which case, maybe special future restrictions will be set up to control all people diagnosed with PTSD.

Clearly, when you want to change public policy, it is most helpful to change classifications for mental health disorders.  In the last fifty years, the DSM has increased the number of mental illnesses from 130 to a whopping 357!  Does that mean we are becoming a sicker society or that psychiatrists are finding more ways to label us as "sick"?  Things that used to be "personality traits" are now being characterized as "disorders" and "diseases."

What if we wanted to change our society?  What if you wanted to create a society of passive citizens who agreed with whatever policy you dictated to them?  Just create a new type of mental illness!  You could create a psychiatric label for all those people who don't like authority and have their own ideas about society and justice.  Then, bingo!  No more dissention.

Not surprisingly, the new DSM-V does exactly this.  It identifies a brand new mental illness called "oppositional defiant disorder" or "ODD."  It is defined as "an ongoing pattern of disobedient, hostile and defiant behavior" and its symptoms include questioning authority, negativity, defiance, argumentativeness and being easily annoyed.  This new "illness" defines people who suffer from ODD as being arrogant, narcissistic, cynical, having anti-social behavior and - get this! - having above-average creativity!!!

As I have noted many times in my work on psychic applications, in order to do this type of work at all, you must process your thoughts differently.  It involves "above average creativity" and may also involve a certain degree of "arrogance" or "narcissism" in order to achieve a high degree of trust in one's own very unconventional and often unverifiable perceptions and observations.  Will all psychics now be labeled as "ODD"?  Will our government at some point be able to lock up all creative thinkers, like psychics, artists and intellectuals, on the pretext that they suffer from a mental disorder?

Whether you believe in New World Order conspiracy theory or are just a historian of fascist regimes, the APA's new DSM-V classification of creativity as a disorder is downright frightening!


Posted by Nancy du Tertre at 8:51 AM No comments: