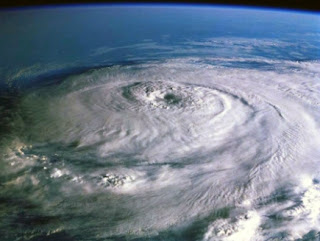 Our recent violent weather seems to be like regular weather on steroids!  You do not have to be a genius to notice that the global weather patterns are changing dramatically before our very eyes.  It's not our imagination.  It's real.  It seems like everyone living in the United States is experiencing something unusual in terms of weather for their region.  The Northwestern states have experienced extraordinary precipitation (300 percent of the normal precipitation) and cold temperatures resulting in 20 foot high banks of snow and unusual flooding of the Missouri River in Montana and the Dakotas - and the snow melts haven't even started yet!  It was the 10th snowiest April on record in the U.S.  It was the wettest April in the Northeastern states in 117 years!  There has been seemingly continuous flooding in Northeastern states like New Jersey and New York.  Further South, the Mississippi River Basin had its highest flood crest seen since 1937.  And yet, in the Southwestern region of the country, the states have been experiencing record dry and hot temperatures.  Nine states in the South and East ranked in the top 10 warmest Aprils on record.  There has been extreme drought due to the lack of precipitation in places like Arizona, California, New Mexico, Nevada, and Texas.
This has also been a year of terrifying and violent tornadoes - 1,425 tornadoes a record amount already this year.  Not only have we had more tornadoes than ever, but they are also more violent.  There have been five "EF-5" tornadoes already this year (the most violent classification) and the second highest number ever on record!  Moreover, the tornadoes have been popping up further east and in heavily populated urban areas as never before.  They are no longer contained to Kanas fields and Tornado Alley.  Four violent tornadoes swept through Springfield, Massachusetts!  Other tornadoes tore a path of destruction and left many dead in places like Joplin, Missouri, Smithville, Mississippi, Hackleburg, Alabama, and in Oklahoma.  Clearly, we're not in Kansas anymore, Toto!

Not only that, but hurricanes have become more numerous and also stronger than in the past.  The past decade, from 2000-2009, has seen the most Category 5 (the most violent classification with winds 155+ mph) hurricanes in all of recorded history.

Mother Earth herself has seemed to rise up in fury.  The countries bordering the Pacific Ocean in the so-called "Ring of Fire" known for experiencing more earthquakes than anywhere else on earth due to the shifting tectonic plates under the ocean, have also recently experienced what seems like abnormally violent earthquakes and related tsunamis and tidal waves.  Japan's multiple catastrophic earthquakes and tsunami this spring are the obvious example.  But there have also been large earthquakes in Chile, Haiti, and Greenland.  Not to mention, lots of volcanic activity.  Last spring, the enormous Icelandic volcano erupted and temporary disrupted all European air traffic and flights.  There was another smaller eruption this spring.  Just yesterday, the Puyehue volcanic mountain range in Chile erupted, spewing ash high into the atmosphere and causing the evacuation of 3,500 local inhabitants.

Are we experiencing the Biblical End of Times?  Are these the global scourges warned about?  Are we on the brink of global destruction and worldwide famine and starvation?  Is the violent weather a clear sign that the Mayan Calendar predicting the end of the world in 2012 is correct?

Before we get too theatrical about the whole thing, let's consider this:  We are very, very, very tiny creatures in this universe.  Our planet works on much larger cycles.  Weather is cyclical.  Climate change is cyclical.  We can only see this from within our very little, short-lived perspective as human beings.  Almost all of the weather patterns are driven by temperature changes in our oceans.  The two biggest producers of weather patterns are El Nino and La Nina.  El Nino occurs when surface temperatures in the Pacific Ocean rise, and La Nina occurs when temperatures drop.  We are currently in a very active La Nina phase.  These cycles alternate roughly every five years.  So why is it so extreme recently?  Very simple: natural (normal cyclical) and manmade (abnormal and non-cyclical) global warming have both caused 1) higher sea temperatures due to trapped heat and 2) our polar ice caps to melt at an alarmingly fast rate causing cooler temperatures closer to the poles.  As a result, warm and cold air masses are colliding and creating thunderstorms, abnormal rainfall, snow due to colder air, flooding as a result of precipitation, drought and heat due to warming tends, tornadoes, and hurricanes.  The jet stream, more active than usual, has pushed all this crazy air further eastward into states unaccustomed to such violent weather.

Want to change the future?  Want to stop most of the violence within this natural weather cycle?  Don't raise up your arms and cry out that this is the End of the World and God's Will!  Change the course of human history.  Make it your personal responsibility to reuse old things, refuse to buy things that guzzle natural energy and encourage the rest of us to make a living off your greed.  Don't buy things with excessive plastic and packaging.  Don't give in to the "Keeping Up With the Jones" and buy things for show.  Realize that only we, as tiny individual human beings, are our own salvation on this planet.
Posted by Nancy du Tertre at 8:49 AM