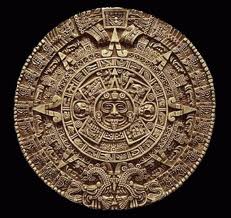 In my December psychic development and mediumship workshop in New York City, I decided I wanted to honor the ending of the year 2011 and the beginning of the year 2012.  Both years were loaded with meaning for most of the planet.  At the beginning of last year, I had asked my students to make predictions about the Year 2011.  They were told to make a prediction about something political/economic, pop culture and the environment.  So, in this month's class, the last month of the Year 2011, I decided to research their predictions - at least those ones that were specific enough - and let my students know how they had done with their forecasting skills.

As I have repeatedly stated, I believe psychic skills are trainable.  Predictions are a form of clairvoyance.  Clairvoyance can be trained, although like any other skill, some people are more talented than others and can acquire the skill more easily. Feedback and confirmation are key to this type of training.  That is why I took the time to match my students' predictions with actual data.  It is very important in this field not to fear being wrong.  This fear of being wrong is the ego speaking.  Once the ego controls the process, psychic ability is lost.  So, my goal here is to show how most of my students were able to make highly accurate and verifiable predictions.  Even when they failed, it was often attributable to vagueness or failure to properly interpret their data.  But failure in prediction is inevitable and should never be feared.

Some of their predictions did not lend themselves to obvious verification, such as a shift in consciousness or attitudes toward healing techniques, increased love and peace, a desire to live simpler lives, a year of emotional crisis, something joyous will happen with the sky above water at the end of August, miracles involving the spiritual dimension.  And yet, many of these "vague" predictions still "feel" right to us.  But other predictions could easily be "matched" to factual data.

(2011 was the year of the "Arab Spring" revolutions)
2. Movement away from movie theatres, some closing.

(With Tea Party momentum to cut spending and the federal deficit, the $14 billion deficit in August, 2011 put a glaring spot light on the U.S. government's failure to be accountable for its mounting debt)
4. A major breakthrough with the cure of some kind of cancer.

(While this prediction was vague since it gave no location, it turned out to be highly accurate for the East Coast of the U.S., where the class is located, with a massive hurricane in August and record snow in October, 2011)
6. Sun flare, alot of flooding around the globe

(On June 7, 2011, a solar flare sparked the biggest eruption ever recorded on the sun, and more massive solar flare on November 4, 2011.  In addition, 2011 saw extreme flooding in several countries around the world including the U.S., Colombia, Italy, Pakistan, Thailand, Eastern Africa, and others)
7. Some kind of large major demonstration against the government, like the 1960's.

(The Occupy Wall Street movement, comprised of demonstrations reminescent of the 1960's Civil Rights and Anti-Vietnam War movements, began on September 17, 2011)
8. "Euro calamity" with the Euro itself or a European entity like France or Germany.

(The French and German governments have been the primary architects of a bailout of EU countries failing to pay back their debt, notably  Greece, Portugal and Italy, this year, and the EU countries are meeting the week of December 5, 2011, to decide the future of the EU currency)
9. There will be something with math and how it is taught to children.

(The national organization Common Core State Standards in Math created new standards in 2010 that were adopted in all but five states in the U.S. in 2011)
﻿
10.  There will be a surge of homebuying in the U.S.

(Sales of existing homes increased from 4.3 million in October, 2010, to 4.9 million in October 2011)
11. Civil liberties will be further eroded but people won't care because they will be distracted over a victory with the TSA

(December 6, 2011, Congress is scheduled to vote on the controversial National Defense Authorization Act (NDAA) which has been called the greatest threat to American civil liberties, and three elderly women came forward December 6 to accuse the TSA of strip searching them at the airport)
﻿
As you can clearly see from these predictions, many of them were eerily accurate and could not have been easily "guessed" by data existing in December, 2010.


Incorrect or "Less Correct" Predictions:
1. Mel Gibson will have a major breakdown, suicide or drug overdose

(On December 1, 2011, the judge in Gibson's misdemeanor battery case for attacking his former girlfriend praised Gibson for faithfully following his 12-step program)
2.  The U.S. economy will manifest a positive turnaround and an increase in Obama's popularity.

(There has been no economic turnaroun and only 43% of Americans approve of the job Obama is doing in December, 2011, as opposed to 46% who approved in December, 2010)
3.  The Israeli government will change soon.

(Didn't change during 2011 and Prime Minister Netenyahu appears to be trying to solidify his candidacy early with the Likud party, indicated in December, 2011)
4. Market improving in late spring, May-June, with a surge of homebuying.

(Nope and he turned vegetarian to improve his chances at not getting a heart attack)
6.  Something will happen in China - explosion?

(On November 11, Miley released a remix of "Liberty Walk" dedicated to the Occupy Wall Street movement, the only soundtrack released by her in 2011)
Once we were done reviewing the year 2011, I asked my students to make predictions about 2012.  Yet, for all its doomsday implications, not a single one of my students predicted the end of the world on December 21, 2012, the end of the Mayan Calendar.  In fact, there was remarkable little focus on that date, other than to predict a Shift in Global Consciousness.  Most frequently predicted: Obama will be re-elected by a small margin and global weather will continue to intensify in its extreme behavior.  There were also some interesting predictions about the emergence of a new US political party, assassination of a Russian politician, a plane crash in Alaska, a religious politician achieving popularity, the extinction of an important species, a cure for herpes and AIDS viruses, the illness or death of a few major Hollywood celebrities, a major mudslide in California, a new genre of music, and many other fascinating predictions.